Bitcoin and the Environment: A Q&A with Vijay Boyapati

What is Bitcoin's impact on the environment? If you've been reading the news, you've probably heard all sorts of doom-and-gloom rhetoric. What if the truth is far different? We sat down with Vijay Boyapati, the author of The Bullish Case for Bitcoin and a former Google engineer, to explore the ways in which Bitcoin positively impacts the environment and resolve the various misconceptions surrounding the cryptocurrency.

Q: In your experience, what is the biggest misconception regarding Bitcoin’s impact on the environment, and what can this be attributed to? 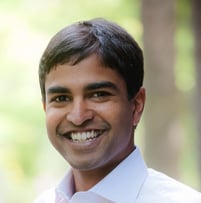 The biggest misconception is that Bitcoin's energy footprint is bad for the environment. It's critical to understand the energy distribution (is it carbon emitting or not), whether it displaces other uses, and how it compares to the systems Bitcoin competes with. The majority of Bitcoin's energy consumption comes from clean energy sources with excess capacity that would otherwise be wasted (e.g., hydroelectric that has been massively overbuilt). Bitcoin also compares very favorably to the environmental footprint of both gold and fiat monies. The hidden cost of fiat monies is not the banking system, but the military needed to "back" the currency and provide it with enough credibility that it's accepted in the first place. That cost is rarely accounted for by Bitcoin's critics.

Q: Many media organizations have focused on comparing Bitcoin’s C02 emissions to other countries and enterprises when making their argument that Bitcoin is bad for the environment. Is this a useful comparison? Or is there a better comparison by which people can judge its impact? For instance, comparing it to fiat currency worldwide, given how Bitcoin could scale in adoption.

It's a common refrain to say "Bitcoin uses more energy than country X," but this tendentious argument completely ignores the energy mix, whether it's renewable or not, nor the utility provided by Bitcoin's existence. Another deeply misleading soundbite is that "Bitcoin uses Y amount of energy per transaction," yet energy usage does not at all scale with transactional usage. The energy is used to secure the network and the state of the blockchain. In a way it's the equivalent of the US military securing the credibility of the dollar, which also does not scale with transactional usage.

Q: What are some of the top ways Bitcoin mining has acted as a catalyst for renewable energy innovation worldwide and/or more locally here in Washington State?

Bitcoin unlocks renewable sources in places where it would otherwise be uneconomic to develop them (because there isn't enough of an economic base to support energy production). It's also highly useful in places where usage may be "bursty" and in times in which demand is low, the excess capacity can be monetized with Bitcoin mining. Places like Wenatchee have a lot of data centers from large tech companies whose demand isn't constant and Bitcoin mining is a great way of filling the energy gap.

Q: Assuming the environmental concerns are valid, what is the high-level cost/benefit analysis breakdown that you use to promote the proliferation of Bitcoin?

Q: What are some resources that you would recommend reading to learn more about Bitcoin’s environmental impact?

I definitely talk about this in detail in my book. I would also recommend Nic Carter's articles on this topic.

Vijay Boyapati is a former Google engineer, author, and a respected crypto and economics expert. In 2007 he started Operation Live Free or Die, a grassroots organization to help Ron Paul's 2008 presidential campaign. Since 2009 he has devoted himself to studying Austrian economics. He recently authored The Bullish Case for Bitcoin, which Twitter founder Jack Dorsey described as "an excellent and inspiring introduction to, and reminder of, Bitcoin's value to the world, all through the comprehensive and historical lens on money."

E-waste is commonly known as electronics that are nearing the end of their useful life, and must be recycled or thrown o...

How to Make Use of Your Unupgradable, Old Laptop

If you compare your recent laptops to the ones you had five years ago, you will find a lot of differences in their hardw...

E-Waste Facts: What You Need to Know

What comes to mind when you hear the word recycling? Is it some variation of the usual suspects of paper, plastic, and c...